Most Expensive Oriental Rugs Ever Sold 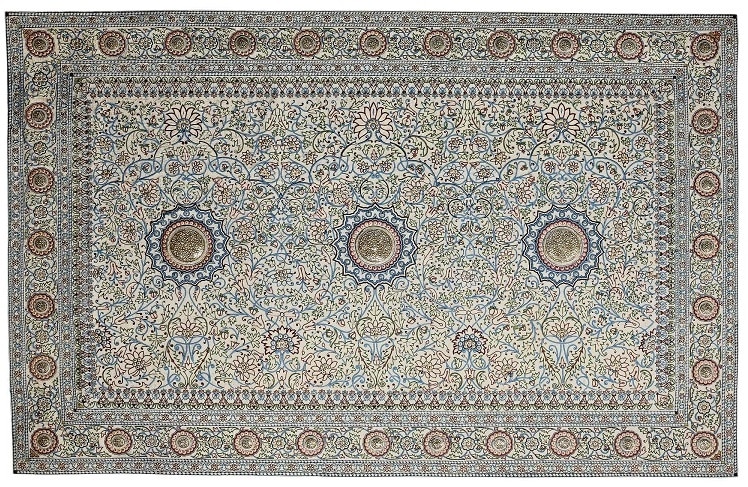 An Oriental rug is a beautiful piece of texture used to inject warmth and charm to a room. It can be used in a variety of formats, whether as a carpet on the ground, a throw on the couch or a much appreciated hanging decor on the wall (see our article for some inspiring ideas).

Therefore, Oriental rugs are not only functional pieces for an interior design, but also aesthetic elements used to elevate the entire character and identity of a space in a uniquely artistic way.

Oriental rugs do not come cheap, however. Whether they are sold in department stores, antique shops or auctions, these types of rugs are some of the most expensive pieces of textiles on the market.

The Most Expensive Persian Rug

Persian rugs are some of the most expensive rugs ever sold in an auction. If you are new to the rug world, here is a little inside tip. There are two main auctions where to buy expensive and luxurious Persian rugs: Sotheby’s and Christie’s.

Sotheby’s is an auction destination for luxury artistic items and other objects. Christie’s is another company offering premier auctions and private sales, founded in 1766. The most expensive Persian rugs were indeed sold in these two companies.

The most expensive rug ever sold was a Persian rug known as the 17th Century Antique Persian Carpet. The rug sold for 33 million US dollars in a Sotheby’s auction in New York, 2013.

It is part of the Antique Persian Vase Carpets, a series of carpets featuring floral designs and garden motifs.

This is a unique rug with floral designs on a red background. The sides of the rug are contoured by a navy blue frame, which is also decorated with intertwined floral motifs.

Instead of an expected central motif, this Persian rug has four bigger flowers running through its middle. It is known to have a peculiar vase design, which makes it a very valuable collection piece.

The 17th Century Antique Persian Carpet has a special link to Islamic history, however, it’s real origin remains unknown. Most speculations allude that it has been handwoven in Kerman, an ancient city in old Persia which became extremely well-known for the production of rugs in the 15th century.

It is also believed that this rug belonged to the Clark collection as the ‘Sickle leaf and vine scroll’ rug during the Safavid Dynasty, one of the most powerful dynasties in Persia (now known as Iran), at the time.

This dynasty used rugs and carpets to decorate all interior courts of their palaces in an attempt to show luxury and success. This rug in particular measures 180 cm by 240 cm, and still maintains its royal charm and attraction even now.

The 5 Most Expensive Oriental Rugs

Besides the most expensive Persian rug ever sold, there are a few more beautiful Oriental rugs that have breached all expectations and have been priced at extremely high values.

The second most expensive rug ever sold is another Kerman Vase Rug of the 17th century. This rug was sold at a Christie’s auction for 9.6 million US dollars in 2010.

It measures 350 cm by 150 cm and features floral and vine designs. The main color of this rug is a majestic blue background, contoured by a dark red thick border and a black smaller border right at the edge.

The antique Mughal Millefleurs “Star Lattice” Carpet was sold at a Christie’s auction in London in 2013 for 7.6 million US dollars.

It is an 18th-century Indian rug, part of the Millefleur carpets collection which contains a total of just 12 rugs. It features a Star-Lattice design with a lot of floral motifs. The most consistent color is red, with a thick blue frame. Its dimensions are 388 cm by 411 cm.

This rug has been previously owned for over a century by the Vanderbilts, a powerful American family. It was used as a wall decoration for one of the smoking rooms of the Vanderbilt residence in New York.

3. The Pearl Carpet Of Baroda

The Pearl Carpet of Baroda is fabricated in India and is a true testament to sophistication, power and wealth. It measures 173 cm by 264 cm.

The carpet contains Basra pearls and English colored-glass beads in its surface, combined with a rose-cut diamond design in silver, foil-backed rubies, sapphires and emeralds set in gold. It was priced at 5.5 million US dollars at a Sotheby’s auction in Qatar in 2009.

The Central-Persian Isfahan Rug originates from Isfahan, a weaving and cultural center of Persia.

This is another greatly appreciated Persian rug of the 17th century displaying a unique and sophisticated design. It was sold at a Sotheby’s New York auction in 2013 for 4.65 million US dollars.

The rug measures 250 cm by 380 cm. It features floral motifs on a mainly red background and a dark navy blue frame. Hints of gold and beige are present throughout the piece which makes it perfect for decorative purposes.

The Silk Isfahan Rug previously owned by Doris Duke was sold at Christie’s for 4.45 million US dollars in 2008. This rug was crafted in 1600 in Persia during the rule of Shah Abbas. It measures 231 cm by 170 cm and features faint motifs in bright blue and red on a beige background.

The rug emits a calm and joyous feeling to anyone looking at it. It was purchased last by an anonymous private collector.

Why are Oriental Rugs so Expensive?

As numerous auctions have proven, Oriental rugs are highly appreciated and admired for their numerous characteristics. Design, sophistication, charm, elegance, character… they have it all!

The most expensive Oriental rugs in the world have shifted their primary purpose from textiles used to cover floors, to proper artwork pieces worthy of being collected and preserved in immaculate conditions in prestigious rooms or museums.

Their price tags may include multiple zeros for a variety of reasons.

As it was previously mentioned, Oriental rugs can have a variety of functions. This characteristic allows them to be flexible and helpful to interior designers for many different purposes, thus becoming the go-to choice for many creative interiors.

Oriental rugs are handmade and utterly unique. They are mostly appreciated for being one of a kind.

These rugs are made using specific techniques dating back thousands of years. They are handwoven in a loom, by experienced rug-men that pay impeccable attention to detail so that every small part of the design looks perfect once the rug is complete.

In addition, Oriental rugs contain hand-tied knots interlocked in the warp threads in order to achieve that luxurious plush texture that we all admire. The entire process takes patience, ingenuity, talent, craftsmanship, and energy and is regarded as art.

Oriental rugs have been roaming the world for centuries now. They have been used in a variety of settings and environments, bearing witness to many significant historical events. Some of these rugs even have a mystery surrounding them, which makes them utterly intriguing.

The Pearl Carpet Of Baroda, for example, a masterwork of silk and gems, was reputedly intended as a gift for the tomb of Mohammed in Medina, Saudi Arabia. The rug however never made it to its destination after the Maharaja of Baroda, who commissioned it, passed away.

The 16th Century Safavid Rug used to belong to a Lebanese-Brazilian Jewish banker, Edmond J. Safra, who died in his home in 1999, which was judicially determined to be due to arson.

The rug, known as a ‘Paradise Garden’ carpet that symbolizes earth and heaven, was later sold for 2 million dollars in 2005. One speculation why it was valuated this much, is precisely due to the death of its previous high-profile owner.

The oldest Persian rug is a hand-knotted Oriental rug found in the grave of the prince of Altai in the mountains of the same name, a region of Siberia.

It is named the Pazyryk Carpet, after the area, it was found in. It displays a sophisticated design and weaving method and is thought to have been produced in the 5th century BC.

This discovery showed that Oriental rugs featuring elaborate weaving techniques and intriguing designs have been produced since almost 2000 years ago. As a result, many Oriental rugs can be regarded as antique items worthy of becoming museum or collectible pieces to some of the richest families in the world.

The Pazyryk Carpet, for instance, is displayed in the Hermitage Museum in Russia and is regarded as an extremely valuable piece of history. Other old rugs are part of collections from some of the most influential and richest people in the world.

The Doris Duke Isfahan Rug, The Clark Sickle-Leaf Carpet or the Vanderbilt Mughal Millefleurs Star-Lattice Carpet are some of the most expensive collection pieces sold at auction, being named after their previous owners.

See more: How To Care For Hand-Knotted Oriental Rugs

Oriental rugs are nothing short of a piece of artwork. The only difference is that while painters use paint on canvas, rug-men use knots and weaves to create their designs. Basically a different technique.

Most Oriental rugs use symbolism in their patterns and motifs to create a story and show more than just a beautiful visual effect. Each rug has a meaning behind it which can be explored by their owners.

One of the most expensive rugs in the world is also The Rothschild Tabriz Medallion Carpet. It is extremely valued as a piece of Islamic art and is placed as an attractive piece of artwork in the Islamic Art Museum in Qatar.

Most Oriental rugs have been commissioned for a Prince or King, and have since then been deemed as luxurious pieces of textile, jumping from one rich owner to the other throughout history.

They have since been granted a character of exclusivity that still remains true to this day, which makes them more valued and appreciated. After all, there is a certain charm and beauty knowing that you are owning a rug that has been sitting in a King’s bedroom and has just now become available to the public.

Apart from the spiritual value attached to Oriental rugs, they also have physical value. Most Oriental rugs are made of high-quality wool, silk, and cotton. Some rugs even have gems embedded in their threads, making them quite expensive. 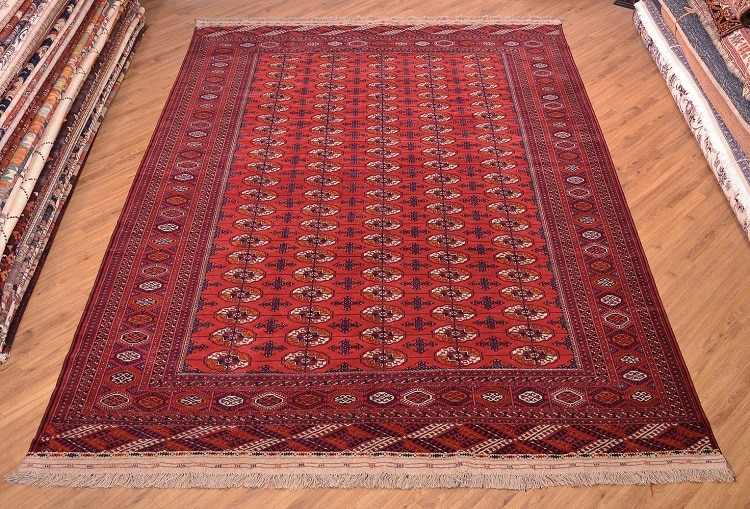 All the Different Types of Persian Rugs
3 Different Types of Oriental Rugs and Their Uses
4 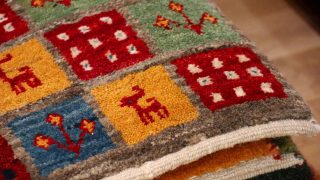 Most Expensive Oriental Rugs Ever Sold

All the Different Types of Persian Rugs
Most Read Now 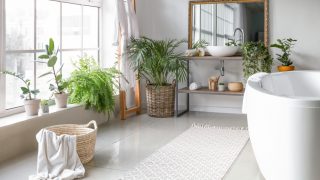 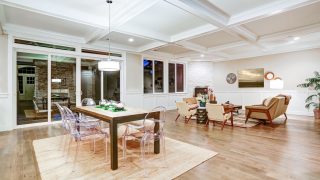 How to Measure Rug Sizes: Tips and Ideas to Help You Out… How to Match Throw Pillows and Area Rugs 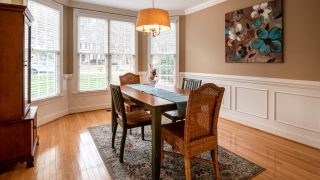